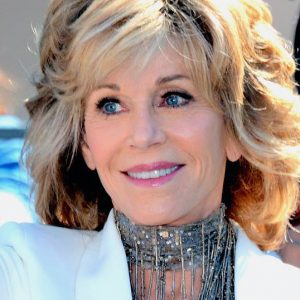 A lot of the time when we hear about celebrity workout habits, they come across as intensive routines that aren’t particularly realistic for the average person. Consider as a recent example Kumail Nanjiani, the comic actor who famously worked himself into incredible shape to star in an upcoming Marvel film. The actor’s transformation naturally led to a bunch of how to get fit like Kumail articles, but Nanjiani himself has highlighted the fact that Hollywood has it different. Commenting on his routine, he stated honestly that he couldn’t have done it without “a full year with the best trainers and nutritionists paid for by the biggest studio in the world.” And of course, most of us don’t have that!

This doesn’t men celebrities aren’t worth looking to for fitness inspiration though. But instead of trying to emulate Kumail Nanjiani or a famous athlete exactly, it’s generally best to seek out more realistic routines or even individual health and workout ideas from fit celebrities. These may be things you can work into your own regimen to better your fitness without the goal of looking like a Marvel superhero.

To that point, we’re going to highlight a few celebrities with creative and inspiring workout habits that you can actually draw from.

Matthew McConaughey is a perfect celebrity to look to for this sort of thing, because he’s always fit without a particular role to credit for it. That is, he’s never played a boxer or a superhero as an excuse to showcase almost unrealistic physique — but he also never seems to let his fitness lag.

This may be in part because McConaughey makes a habit of public appearances even when he’s not on screen, and undoubtedly prefers to look his best while doing so. He frequently participates in charitable events in public. He’s become a mainstay at football games for the University of Texas. He even managed to show up publicly during the pandemic, by way of calling bingo games of all things! According to a blog post by Foxy Bingo, McConaughey was asked to host a bingo game as a sort of treat for elderly Texans isolating due to COVID-19. The guy is just always in the public eye, whether he’s working or not — and he always looks fit.

So how does he do it? Likely, much of it comes down to a disciplined diet. But we also know that McConaughey has a delightfully simple yet oddly creative workout habit: He just gets outside and conquers his terrain. A piece by Coach back in 2015 described everything from slashing through a jungle with a machete to shirtless beach runs all as typical workouts for McConaughey, who seems to turn to adventure for exercise. The actor describes his love of the outdoors as a lifestyle that transformed into a workout habit. He just gets out and goes, and it’s why he always looks fit whether he’s starring in a new film, out at a Texas football game, or hosting bingo night during a pandemic.

Beloved actress Jane Fonda is about as “famously fit” as they come, though like McConaughey she’s never really had a role in which the primary point was her fitness. She simply likes to stay healthy, and has managed to do so well into her senior years. Indeed, in some of her more recent roles — in shows like The Newsroom and Grace and Frankie, or the film This Is Where I Leave You — Fonda looks as healthy as when she was a fitness icon in her 30s.

In a write-up previewing Fonda’s acceptance of a lifetime achievement award at the recent Golden Globes, the actress’s past as someone who “revolutionized exercise” was recounted. If you’re not familiar with this past, suffice it to say Fonda is about as famous for her VHS workout tapes (and thoroughly ‘80s exercise outfits) as for her work in film or television. And while those tapes may have been a business for Fonda, they’re also representative of a very creative, life-long workout routine.

Simply put, she dances! There’s more to it than that, but Fonda’s workouts are largely ballet-inspired, blending dance, aerobics, and light resistance training into strategic at-home exercises. Fonda is also a proponent of yoga — one of our own favorite fun ways to get fit — but it’s the exercise dancing that’s made her a fitness legend.

Outside of acting, Coldplay frontman Chris Martin is another great example of a celebrity who prioritizes fitness without jumping to that celebrity-only, boxing-movie level. In his case, the reasoning would seem simple enough: He’s a world-famous rock musician who is essentially in the public spotlight every day of his life. The man clearly likes to look his best, weather he’s on stage, on the red carpet, or doing one event or another for publicity.

As with McConaughey and Fonda, nutrition is likely the main reason why Martin is able to stay quite fit, even as he’s now in his mid-40s. The musician was quoted in a magazine a few years ago specifically discussing how a “6:1” diet plan — six days eating and one day fasting each week — has benefited him. Martin described feeling healthier and more joyous once he started this plan, and even claims it helped him sing better.

On the exercise front though, Martin takes a McConaughey-esque approach and simply gets outside — and in this case, into the water. He’s known to be a passionate surfing enthusiast, and has been spotted riding waves at numerous destinations over the years (even in very cold water, with a wetsuit). It’s doubtful that this is a daily habit, but it’s clearly one way Martin stays fit, and it’s a reminder that just finding a sport you love and have access to can make up the bulk of a successful fitness routine.

These are just a few examples, but they show that some celebrities are more useful fitness examples than others, and when you look into their routines you can find some interesting inspiration for your own efforts.

What You Should Know While Recovering From a Sport Injury

4 Ways Your Fitness Habits Are Negatively Impacting Your Dental Health

5 Eating Habits to Help You Get Healthy