Getting inspiration from abroad is one of the best ways to stay fit. Just ask Ashley Jones who trained at the Ricoh rugby club in Tokyo last year. For this article we will focus on a different country and discipline – Muay Thai in Thailand. This is because the country has produced some of the fittest athletes in the world. Widely regarded as the greatest female Nak Muay (Muay Thai fighter) on the planet, Loma Lookboonmee has had over 300 career Muay Thai fights at the age of 24. She also recently won a split decision against Alexandra Albu, adding a victorious debut in the UFC’s strawweight division to her list of accomplishments. One reason for Lookboonmee’s success was her strength training, which helped her gain 9 pounds of muscle.

While it’s too late for us to be born and raised in the Muay Thai fighting tradition, it’s never too late to start actually training in Thailand. Whether you’re an amateur fighter looking to break into the sport, or a fitness enthusiast looking for dynamic new ways to develop your strength and conditioning, training in an authentic Muay Thai gym in Thailand can improve your fitness in a number of ways. This is exactly what Matthew Evans of Men’s Health UK found out when he spent a week training in several Muay Thai gyms outside of Ko Samui and Bangkok. Evans shared how the first thing he noticed was the heat. While Bangkok’s legendary Sitsongpeenong gym was extremely well-equipped, it had nearly zero modern technology, and the overwhelming heat can prove too much for newcomers. But as Evans noted, it’s one of the factors that give Thai fighters an edge, referencing a Journal of Applied Physiology study saying that heat acclimation has been shown to improve performance in cooler temperatures.

Furthermore, as you can expect, each exercise is tailored towards creating a formidable Muay Thai fighter. This includes lots of core exercises, which improves striking power and speed in both hands and legs when the right techniques are applied. There’s also the farmer’s walk and shadow-boxing with dumbbells, which improves upper body strength as well as coordination. Furthermore, instead of pull-ups which engage a wide range of muscle groups, Muay Thai gyms typically advise chin-ups, which specifically improves a fighter’s clinch. The Muay Thai clinch is a deadly weapon in the Nak Muay’s arsenal, as getting the upper hand in this neck wrestling battle opens opportunities for knee strikes, which is also where those core exercises will come in handy.

In short, while Muay Thai training alone can’t turn you into a power lifting machine, it can certainly supplement and widen the scope of whatever strength and conditioning program you’re using today. Through regular training, every Nak Muay is expected to have great cardiovascular fitness, which we at Get Strength have previously explained as highly beneficial for improving recovery time and preventing injuries during the toughest workouts. Furthermore, by learning how to properly throw jabs, uppercuts, knee strikes, roundhouse kicks, elbow strikes, and other techniques, you’ll be engaging your fast-twitch muscles, leading to a more well-rounded muscular workout program.

So if you’re interested in learning from the best, check out any of the local gym options in Thailand. To say that Muay Thai is a big part of Thai culture would be a tremendous understatement. This is why despite ExpatBets noting that sports wagering is mostly banned in Thailand, except for horse racing and the national lottery, the local and global popularity of Muay Thai classifies it alongside certain activities that are exempt from the ban. And the best way to learn the about the top fighters and techniques is through watching the sport live in one the stadiums of Bangkok, such as the famous Rajadamnern Stadium. Getting the full local experience is the best way to fully understand the sport.

And while this article can give you some idea of what to expect should you actually try training in Thailand, it’s always best to approach it with the attitude of a Nak Muay —do everything you can to prepare before getting in the ring. 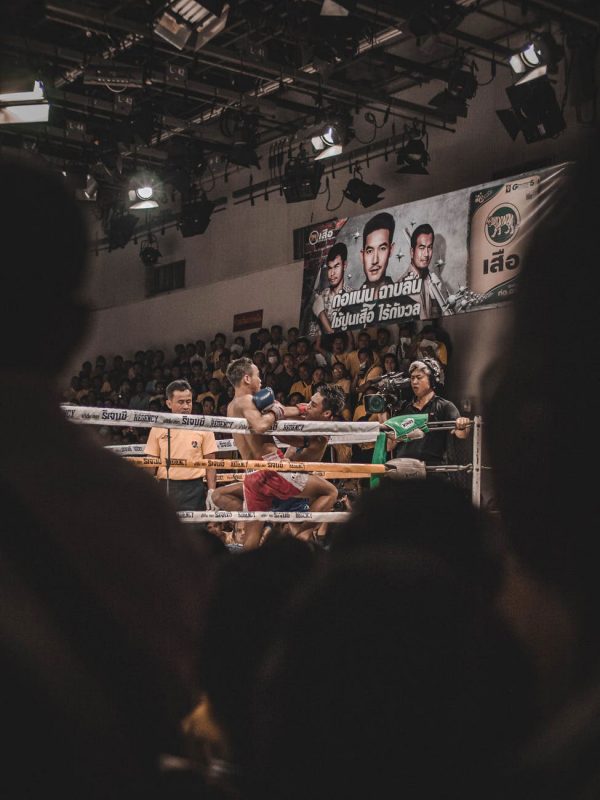 Getstrength.com - Specialised Strength Equipment made for Athletes by Athletes here in New Zealand and supplying the World with the very best!Information you can trust - Team Getstrength has over 60 Years of Strength Training experience.