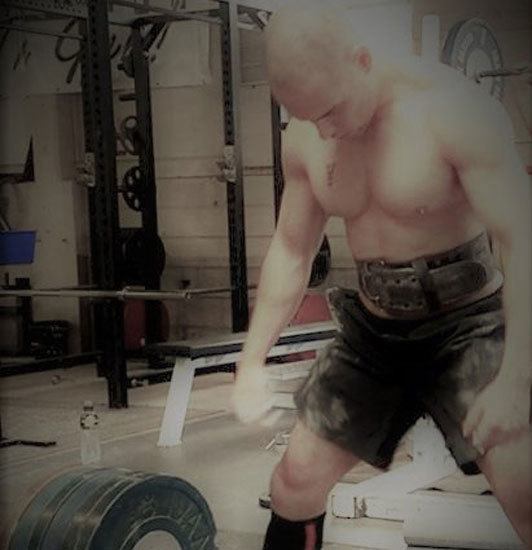 Using averages is not a great way to assess sport –
As someone pointed out to me once you might win your last 3 games by an combined average of 3 points and think that they were similar or good steady performances. However the winning margins might have been 1, 2 & 6 … this is very different than winning by 3, 3 & 3. Using averages or statistics can be tricky – if you want to read on it try anything by Steve Levitt.

Cortisol is Good –
Many coaches jump on a bandwagon that cortisol is so important that it must be stopped or prevented from reaching a certain level and training sessions must stop at 45 mins exactly. Cortisol is a wonderful anti-inflammatory hormone, not a poison. By suppressing it or preventing it too much you can end up with as many problems as too much. So respect it, but don’t hate it!

Coaching is an Art not a Science –
No matter how technical books and academic studies and papers try to get, science goes out the window when ‘tire meets track’ or elbow meets jaw. In other words when the pressure comes on we rely on instinct and habit and these must be trained. Players are not scientists and must be kept well away from the confusion.

Concentrate on your strengths –
But keep improving your weaknesses. You have strengths for a reason so use them on the field, however never let your weaknesses hold you back. Often you see players who over concentrate on their weaknesses and obssess with them to the degree they limit them rather than using their natural advatanges and in fact have poorer performances.

You must supplement your diet –
While I think the supplement business has a lot of hype (and even worse) surrounding it, I think there is a very worthwhile argument for supplementing with Fish Oil and a multivitamin because of the changes in our diet and especially food processing methods. After that you can look at many other things, but basic good food is the first thing to worry about.

Respect your elders –
Elders in a changing room have made many mistakes and learned from them and from more people than you have met yet. Travelling or sharing with these guys at matches or on the road can open up a mine of knowledge that can help your game no end. Experience comes with age.

Too much good is bad –
By protecting ourselves too much we can become too soft. Children now in many schools are forbidden from certain sports, kids are not allowed climb tress etc., even hops-scotch or running in playgrounds is banned now in some schools. The same parents who want these dangerous things banned then ask ‘What age is it safe to do weights or plyometrics“. Is climbing in a play ground not like weight training? Is running or hopscocth not plyometric?

You can either get the man or be like him –
Bono once said that in the US if a man sees a millionaire pass by in a big car he says “One day …I want to be like that guy” in Ireland if a man saw the same guy pass by in a big car he’d say “One … day I’ll get that guy”!! The point is that often in sport we focus on the object not the action, the man (object) not the tackle (action). Don’t be distracted by emotion.

Food is not just for Muscles –
The food we digest affects the brain as much if not more that muscles. By watching our food choices we can manage to improve concentration or delay fatigue etc. For example proteins and select BCAA’s are very effective from a neural fatigue consideration – which is of course critical.

A wise man learns from a fool –
I once came across a saying “A wise man can learn from a fool but a fool never learns from a wise man”. When I would meet someone or attend something and didn’t think I learned anything from it I used ask myself which was I? Kind of embarassing to admit to yourself!

Your Game Trains a System –
Often when coaches or players plan a training week they ignore what the game is training. Most games train the alactic/speed endurance capability – so do you need to train this as much during the week?

70/20/10 % Rule –
Not sure if the percentages are exactly correct, but once someone said to me that the focus of all training should be predominantly 70 concentric focus, 20% eccentric focus and 10% isometric. Like I said I don’t think you can have a 70/20/10% rule as such but I guess the point is that in sport – it should not all be concentric focused.

There is no such thing as Prehab –
Another controversial one, but the point is that some people do prehab only programs – Why? Aren’t players in the gym often and long enough already? If an exercise is doing something well incorporate it into the main S&C program. And S&C program is supposed to be a balanced program to cover all areas, so things like core work or rotator work are all mainstays of a S&C program – not ‘prehab’. If the main program needs a prehab to supplement it then there is something wrong IMO.

You are always about to get injured – you just don’t know it –
Again controversial, but what I mean is that athletes are rarely 100% perfect or even 100% fit. Most have small niggles, others have muscular imbalances. Lets say you go for a theoretical biomechanical assesment a physio or biomechanical specialist and they can probably point out 10 things that are not ‘balanced’ or ‘misaligned’. Some are probably very important – However not every ‘imbalance’ needs to be corrected. I learned this once when a coach was showing me tape of a sub 10 sec sprinter he had trained. As we looked at a slo-mo cut from the front I asked him did he not try and correct (a pretty obvious) lateral movement of the athletes right leg … he looked at me incredulous and asked “Why would I? he’s running 9.XX?” The point is we are never perfect – chose carefully what you decide to ‘correct’.

———————————————————————————————————–Wow, Fergus, you certainly are on a roll, maybe you could pick a couple of your most important points and expand them into an article for us all to consider in detail, there is some amazing stuff here in the last 3 threads, I love the concept of precovery, an optimal individualised state of readiness, as to visiting Ireland at least once, could not agree one, just add falling in love with an Irish girl as well, mine was Joanne Chapman, memories of her will last a life time, fitness testing was a good point, how often have you tested players when they return from a break and then put a program in place, then re-test in about 4 weeks and find that only a few have made gains and in fact some have gone backward, reason they were fresh coming in and were able to produce their best efforts, circus tricks on Swiss Balls are not functional exercises unless you are a circus performer, I like the quote that has been attributed to Dan Baker, apologies Dan if you did not say this, “show me a player who can power clean 140kg and squat 200kg, and I will show you someone’s whose core is strong enough”, in season we do virtually no conditioinng work, unless you are not getting close to a full 80 minutes on game day. cheers, ashley

———————————————————————————————————-
my preferred response to the hypertrophy is that ideally an increase in the volume of training will take care of it, but I have to be careful to ensure that player’s recover during season since the end point of each week is the game, I feel it is over rated in geneal unless of course you are a bodybuilder, in season I use a 3 week program where we just decrease reps, eg week 1 – 12, 10, 8 week 2 – 10, 8, 6 week 3 – 8, 6, 4 and always on upper body only I never use a hypertrophy cycle like this on lower body due to loading issues and potential for player not recovering leading to increased injury potential. In the off season I prefer repeated sets above 80% with short rest periods and lots of super sets for upper body, I love the 5,4,3,2,1 method for lower body, say power cleans, also a great anaerobic conditioner as well, use greater than 80% and rest 15 seconds between rep groups, Gironda’s 6 x 6 and 8 x 8, upper body push pull super sets are very effective, but I have always held the belief that, all concentric work should be performed quickly or with the intent to move quickly, I have never been a tempo follower, ashley