I hated every minute of training, but I said, ‘Don’t quit. Suffer now and live the rest of your life as a champion’- Muhammad Ali.

In an open green field he stands quietly, wearing a proud and ancient uniform. The uniform and weapon is his life. It’s an extension of him, his life and journey. A story in itself of history and ancestry. In the distance, mountains surround the horizon, look to be a ladder to the heavens. Around him, in a circle formation, twelve students sit quietly and patiently awaiting there command. As he draws his weapon and takes his stance, a command is yelled. The first student sitting behind him, jumps to his feet and attacks his master. His turn is lightning fast and ever so smooth. He is facing his student. The turn itself is an integral part of his defence and attack. The exact timing and stop of the turn can determine not only a win or loss. But life or death.
From the tender and young age of his walking years. He has awaken to a day of work and training, a day of physical and mental preparation, so when the time comes, he is prepared. Prepared mentally and physically for the role he must do. If he is successful, he lives. If he is unsuccessful, he dies.
Watching a sport or your favourite team playing can be an emotional rollercoaster, there is the love or passion you have for the sport or team and also feeling part of the team you support. Some of those plays that you see look so effortless and adlibbed. A spur of the moment action. I quite enjoy it when I am with friends and acquaintances and they bring up a name of a player (living in Sydney, Australia, I am a Rugby league fan) playing in the NRL, national rugby league competition and they talk about just how talented he is or the freakish run he made or that bone crunching tackle that he pulled off. I listen to them talk of the player with wide eyes about what he did as if it was effortless and just pure grace and skill. The excitement and non-belief of how that player pulled a rabbit out of the hat and accomplished the impossible all within a moment because that player is a freakish gift of nature with a talent which was given to him as birth right. 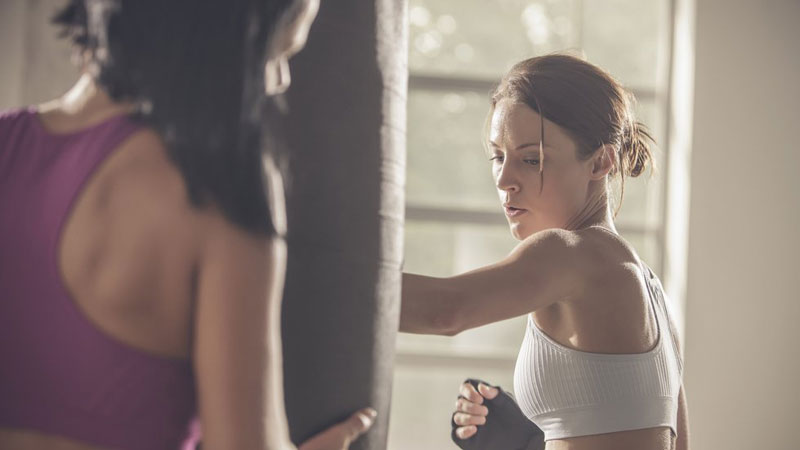 AS IF HE NEVER EVER HAD TO TRAIN.

There are numerous obvious reasons to train. Better conditioning, more strength, muscle and power. To get faster. To learn more skills, to improve on skills. The list goes on and on. We practise plays and skills in order to get better and more efficient. I like to think that we practise over and over to make YOU more predictable to YOU. I have witnessed many different coaching styles and tempo. Each coach will develop and put into practise what he believes to be his or the best method. A method that he believes in and the athlete or athletes will buy into to. In my opinion, there are different sections of training, what I mean by that is, I believe that at training there are different blocks that you go through each day. In this article, I am discussing the block of, “You Play like you train.”
Such a general, overly used, repetitious saying? Or is it?
If we could use the sport of boxing as an example, one that I am familiar with, involved with and competed in. The sport or activity in competition requires amongst other things, a very high level of intensity for long periods with a short rest. The body and mind need to react and react fast. Is it really possible to train at a low or lower intensity compared to that level at competition time and be successful in competition? As just mentioned, the body and mind need to react fast. Make quick decisions. Re-evaluate quickly, then adjust, then execute. The thought process, mindset and goals are already set before training, this is the preparation as discussed in my article “THE GOOD AND THE GETTING BETTER- PART 1/2 AND 3”. Training time arrives. There is the warm up, stretch and many different activities or mobility drills to go through. Every sport has its own method. Now let’s go back to the boxing scenario. Putting aside my outside of the boxing gym work which entailed long road runs and sprint work, we would warm up through such things as shadow boxing and skipping. Then some quick stretches.

Depending on the stage of preparation we were at leading into the fight and whether it was a skilled based/tactical training night or purely conditioning work, each night had different routines. This night is the skill base/tactical plus conditioning night. Straight into 15 rounds of focus pad work we undertake. Keeping sharp, fast and accurate. Moving constantly. As more time in the round started to count down, we were made to move and hit faster. The last 30 seconds of that round was all out crisp moving and sharp punches. The buzzer rings to signal the end of the round and before you even feel like you have had a rest and placed water in your mouth, the buzzer signals the beginning of the new round. This new round starts off faster and more furious than the ending the first round. Intensity is raised, the workload is raised, move, duck, slip, hit, counter, jab, jab, body, body, body. Commands are yelled, punches thrown. We go from 0 – 100 in a matter of seconds. Intensity is raised and raised to the point where everything that you are doing and actioning is not thought of. It’s a reaction, a reaction which has been developed in the early skill acquisition stage. When you feel or think that you are at breaking, or you just cannot continue, YOU DO. YOU CONTINUE. The 15 rounds of focus pad work finishes and the 12 rounds of the heavy bag starts. No leaning on the bag, no rest on the bag, this is forbidden, to rest or lean on the bag will show your opponent that you are tired, never show your opponent anything. As heavy as your legs feel, as tired and weak that they are, do not show it, push, push harder, the more I push now , the easier the fight is. Breathing is at this point a fight in itself. A familiar voice is heard, “Perfect practice makes perfect”, this immediately means to me the following,

The session is designed to train at a much higher intensity and speed compared to the real fight. There is also more volume in that smaller amount of time. Why? Why must we go that far? Simple, in order to achieve your best and be your best, you must train above your best. There must be the inbuilt confidence of knowing that you have been in pain before and gotten through it. Your body conditioning is at its best so you can at any given moment call upon it to open your fuel tank and let it out. If that barrage of energy expenditure didn’t work, you need to know that you can do it again and again, continuously. You play like you train, you fight like you train. It’s a very simple saying, but its meaning says it all. Train harder, faster and smarter than you play.
In the next article, I look at the works and what it means to train harder and smarter.
When he stands again in an open field in his battle uniform, he stands proud, quietly confident and as calm as one can be. He knows he has trained hard and learnt much. His victory will be life, his loss is death.