Dave Furner begins to tell me. I stood there in disbelief and I remember laughing, not because I thought Dave Furner was telling a joke or a yarn but was laughing at the sheer disgust and disbelief of the quote.

I have only known Dave Furner personally for a short period, we met about 8 months ago as he had come aboard as an assistant coach to Michael (Madge) Maguire at the South Sydney Rabbitohs.

I remember the first time been introduced to Dave, it was in the gym under the Redfern stadium where most of the team training was undertaken. From a physical perspective, I saw a very fit and still athletic man. A very open and polite man and from his stance, body language and language, a very old school man in his mannerism’s. He stood still to introduce himself, put his hand out to shake my hand, at this moment his focus is you and you alone. Eye contact when introducing himself and speaking to you is sharp and concentrated. Doesn’t fidget or move around or focus on other things around him. When Dave spoke to you, you were Dave’s focus and quite happily was Dave to return conversation. One thing that I did notice which I have noticed and found ever so familiar before with successful people. His eyes.

Now just before you think this is going into some bromance thing, let me explain. When I first met Michael (Madge) Maguire, I saw the same thing. When I was lucky enough to be in a room with Wayne Bennett speaking to some young players at Kogarah stadium many years ago whilst he was the Australian Rugby League coach and took some time out to speak to a development group which we had at the Dragons, I saw the same thing. Again, I saw it with other players and now coaches, Ricky Stuart, Paul (Mary) McGregor, Laurie Daley, and with successful businessman John (Aussie home loans) Simmons, Paul Tannous, Peter (Ryan hotels) Ryan. Also at a very young age when I briefly met Kerry Packer. And when I was blessed a long time ago to train with one of the greatest world heavyweight kickboxing champions who ruled the ring as heavyweight champion for ten years, Maurice Smith. Their eyes.

Dave (Furnsy) Furner played at the elite level of rugby league for a long period. I remember watching him play rugby league and idolising Furnsy and how tough a man could be. He just did not seem to have it in him to take a backward step. He was always in the mix of things, always had a strong presence on the field, win, lose or draw.  As though he was born with that reverse gear, taking a step back out of his body and vocabulary. A classic example of a man and player who was and still is determined to succeed in all aspects of life. Furnsy was the type of player that you could count on to be there when things on the field got hard. But again, something very familiar to me, and to those who are successful, a very humble man. A man whom underplayed his toughness and contribution to a winning side. Always praising others and down playing his role. A humble man. An absolute champion of a man.

“The eyes say it all”, is the famous quote I believe. I remember saying to Madge and Paul Tannous after that brief introduction to Dave Furner that he had what I called champion eyes. WELL, if you could imagine I was on the end of some incredible taunts and belittled at commenting on another man’s eyes. All the jokes came out of the woodworks and were directed straight at me. Until I was given just half a chance, half a moment to try and explain myself. And when given the opportunity, I had to make up for some very lost ground and almost felt like I had to redeem my manhood back.

All those person’s which I had mentioned previously, had what I call Champion Eyes. You will notice Champion Eyes with people when you engaged with that person on a subject matter in which they are passionate about or when seeking advice from these people. There is an intensity second to none, almost like a superman heat vision if I could say. Their focus in what they are saying is so intense and so well thought of that it draws you into their way of thinking, it breaks down the most complicated scenario and is simplified.  It brings to life their thought pattern and thought process of that scenario. Passion with purpose accelerates from them liken to a train at full speed ahead after its made all its stops and turns to collect all relevant information for this journey to success. There is no hidden agenda, the only agenda is success.

As hard and as direct these eyes may seem, there is the quietness of experience behind them. I call it the quietness of experience because due to years of striving for their success, there has been many a fall. A fall with a plenty of a lesson. And with each fall and the lesson learned, these are placed away and with each new venture or decision to make, the lesson of a past fall will scan the new venture or decision and place a correction in their thinking. This correction in their thinking as I call it is simply a lesson learned from the past arises and compares all that is happening in the present to help guide and limit mistakes or flawed thinking due to emotion or an oversight. Sympathy and empathy are not overseen or put aside but evaluated. 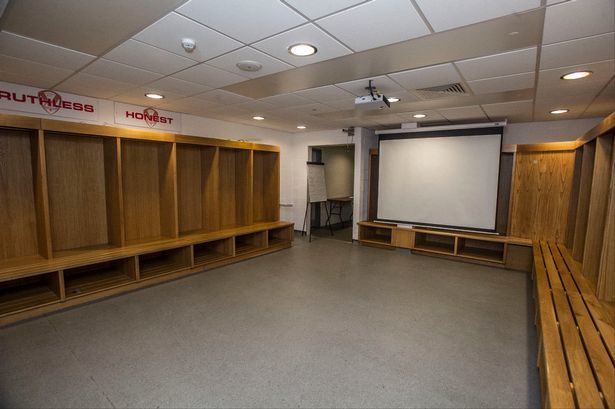 One very strong point which I have heard almost every single one of these men mention to me is what I call the deal breaker. Almost the end all and conclusion of most of their decisions after weighing up all the facts presented to them and if there is ever a doubt, it’s the go to. It’s what is readily called and known as your Gut Feeling. Sometimes this is all you need, many have said to me. If it doesn’t feel right and it doesn’t sit right, then it’s not right. This I feel is one of their greatest allies.

This thing which I call Champion Eyes are an intensity and determination in which I have found very common with successful people. These persons can help you in your own journey, educate and guide you through some torrid times or help you be more aware of various elements which need considering when on your road to success. They see things not necessarily better than you but clearer than you. At times just sit back and listen to what they are saying, you might find your journey an easier path.

Dave’s quote at the beginning sums up who you have around that supports you through those times.

On our last conversation, I had with Dave Furner, I was commenting on some past mistakes I had made in life. His reply was very simple but effective, “Life is about learning and if you’re not learning, you’re not living”

Values – How they can hold us back