MISS THE TREE BY JOHN RAHME

Many years ago, I read a book and in this book, was a chapter on Henry Ford. The chapter gave a very detailed description of Henry Ford’s life achievements and character.

The story takes us into a courtroom where Henry Ford was suing a journalist whom he believed defamed him.

The journalist basically claimed and called Henry ford unintelligent, basically dumb and stupid. Henry Ford was not a smart man, claimed the journalist.

Henry Ford is in the stand and was being questioned by the journalist’s defence team in an aggressive manner. 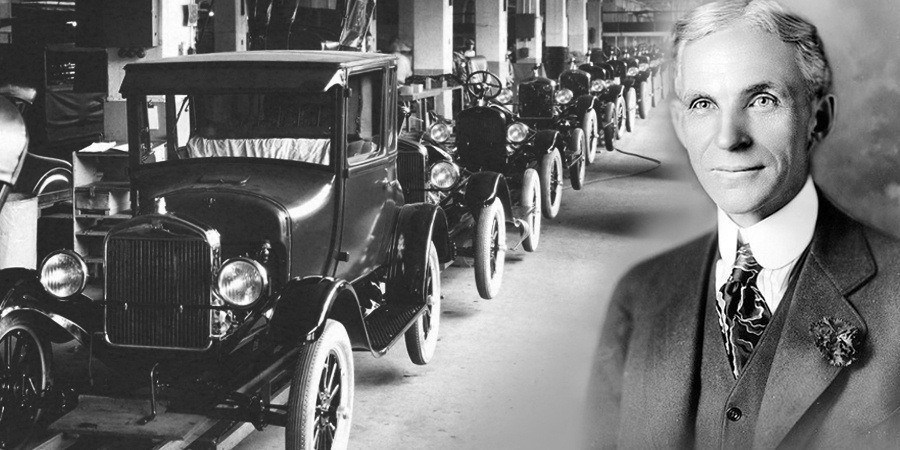 At this point of time in the story, Mr. Ford was, to say the least not able to answer many of the questions.

Growing tired and impatient with the questioning, Mr Ford turns to the judge and asks permission to make a statement. A statement which he believes will end this line of questioning.

The judge grants him permission to do so.

What happens next, ends the court case and the judge sees in favour in Mr Ford.

“Why fill and clutter my head up with such information which I do not require to use” he states.

“In my office, there is a desk where I sit to do my daily work, on this desk, I have what you call a telephone.” Mr Ford continues. ‘When I come across a problem, obstacle, hurdle or a question which I do not know the question to, I simply pick up my phone and call the person or persons who know the answer to these questions

I wanted to share this story with you for a couple of reasons, firstly, I just love the story. Secondly, it points out how resourceful Mr Ford was. Finally, it gives a great example of how even such a great businessman and pioneer of his time he was, he didn’t know everything, nor did he need to know everything, but knew how to find the answers. And in the case of Henry Ford, it was as simple as making a phone call to find the answer.

One of the most common things I find with those whom I have worked with,  currently working with is when an obstacle presents itself, they overcomplicate the issue, obstacle or hurdle in front of them and this creates much confusion within them, that their mind is clouded blocking their clarity in seeking the solution.

I thoroughly enjoy getting to know the person I am working with out of work. By that, I mean the part when we are away from the training or their workplace. For me, just relaxing out of their place of work or training, I find it’s easier to reveal, discover and understand what makes them tick and their belief system. And how at times this belief system usually works against them and not for them. Once you get this better understanding, you soon realise that what you are trying to teach them to better themselves remains the same, but the language, communication and delivery need to be altered to deliver that information. As we all know, everyone is different therefore they I need to individualise my method to suit them.

Allow me to give you an example, I had a young rugby league player that was relayed to me that he was lacking or had lost confidence due to a game where he dropped the ball on a few occasions at crucial times of the game, turning the momentum over to the opposition and as a result the team lost. Also, an older or senior player who could not seem to find form, and was what everyone was calling a slump.

I invited them both over to my place with a few other players who had the same issue, loss of confidence.

We all sat down at first and had a general chit chat, conversed and each spoke about where they were all from, their first girlfriends, place of birth, where they grew up and general conversation and some added general banter and laughter.

Also, I find that I listen carefully to what is not been said, see and read what their body language is telling me and I pick up quickly whether there is something wrong physically or mentally and I guess bring them back into the moment quickly in order to get the best result for that session.

All this time I just listened to them as I prepared a meal for us all to share. Once, the meal was ready, we all sat down at the table.

I asked the players sitting down at the table, had they ever driven down a long road and in this strip of long road with nothing about, seen a tree or a post just there on its own. This tree, pole or object just there by itself, planted on the side of the road. And have you seen this with flowers and a cross wrapped around the object, the reason for the memorials due to someone, unfortunately, lost control of a vehicle and crashed into this pole or tree and died. Did you ever wonder why they hit this object as it was the only big object on this stretch of road?

They all said yes, they have seen this and wondered why. I explained to them that at the time, when that person lost control of their vehicle for whatever reason, what they focused on and looked at was the tree or pole. Their whole focus became – DO NOT HIT THIS TREE!!! DO NOT HIT THIS POLE!!! what they were saying was right but what they were focusing on was incorrect. They focused on this object. By focusing on this object, they crashed into it, killing them.

This was their focus. This was their language that was in their head…… If this is your language and focus, then you will hit the tree. If you focus your vision and mind at the tree, you are driving straight into what you do not want to do.

Their language and focus needed to change.

To make it easy for them to understand how confidence works and how easy it is to call upon confidence and self-belief.

I asked them all at what age did they start to pass and catch a football, all answered from as young as they could remember.

I then asked them at what age did they start to use a knife and fork, all answered from as young as they could remember.

I then instructed them to whenever they heard me say “DROP IT” that they would drop their knife and fork purposely on the ground, then pick them both up, clean the utensils and continue eating.

I almost repeatedly said DROP IT, where they would get a mouth full of food then they would drop the utensils.

I then asked them, did you lose confidence with using the knife and fork? all said NO.

I asked them, IF YOU HAVE CAUGHT A FOOTBALL FOR AS LONG AS YOU CAN REMEMBER AND YOU HAVE USED A KNIFE AND FORK FOR AS LONG AS YOU REMEMBER, THEN WHY IS IT YOU DO NOT LOSE CONFIDENCE IN USING A FORK AND KNIFE? IT IS THE EXACT SAME THING. BUT YOU CHOSE TO MAKE THE DROPPING OF A BALL A BIGGER ISSUE THAN IT REALLY IS TO THE POINT OF WHAT YOU AND EVERYONE CALLS, LOSING CONFIDENCE, THEREFORE, YOU ARE SETTING UP YOUR FOCUS TO CRASH INTO A TREE OR POLE.

Their focus was simply on the wrong goal. It was as simple as changing their focus and what they kept repeating to themselves.

Take the case of the player who had the bad experience of dropping the ball on numerous occasions in one game.

All I changed was instead of focusing on,

The focus was to

CATCH THE BALL………..That simple I promise you

People and yourselves are individuals, embrace this.

I finish off with three things.

20 minutes to save a life By John Rahme