Please check out video’s below

I am a Norwegian powerlifter, and I have been lifting weights since I was 13 years old. I was on the junior National team, and recently on the Open class National team for the Eleiko Classic World Cup in Stockholm in June, where I placed 10th in the -120 kgs class.
I am a novelist, having my 15th novel published in Norway in September. I am also a personal trainer and hypnotherapist. I live in Fredrikstad, in the south of Norway, right by the sea. I have two kids, a dog and a boat. My interests are obviously powerlifting, but also kayaking, sailing, scuba diving, iron age history, norse mythology and lots of other things.
Age: Still 39 until 18th August
Weight: Normally just above 105 kgs. But as you can see in the video, it’s amazing what some lawn moving dressed in winter clothes in the middle of the summer can do! I might even get the Village Idiot of the Year award!
Height: 179 cm
Training: I train under Michael Tuchscherer with the RTS system. I am now purely an unequipped (classic/raw) powerlifter. I compete in the IPF. My long term goal is an 800+ total in the unequipped class. I’d also like a 200 kgs raw bench press and a 300 kgs raw squat. 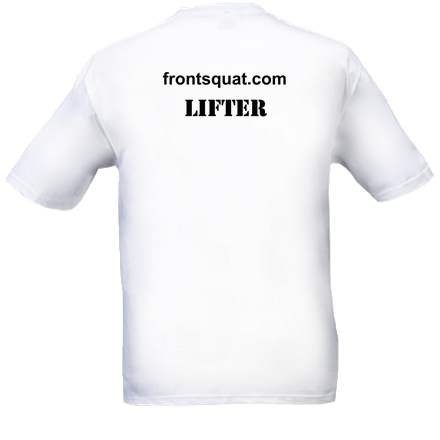 How to use the Front Squat Harness All-Sport Correctly